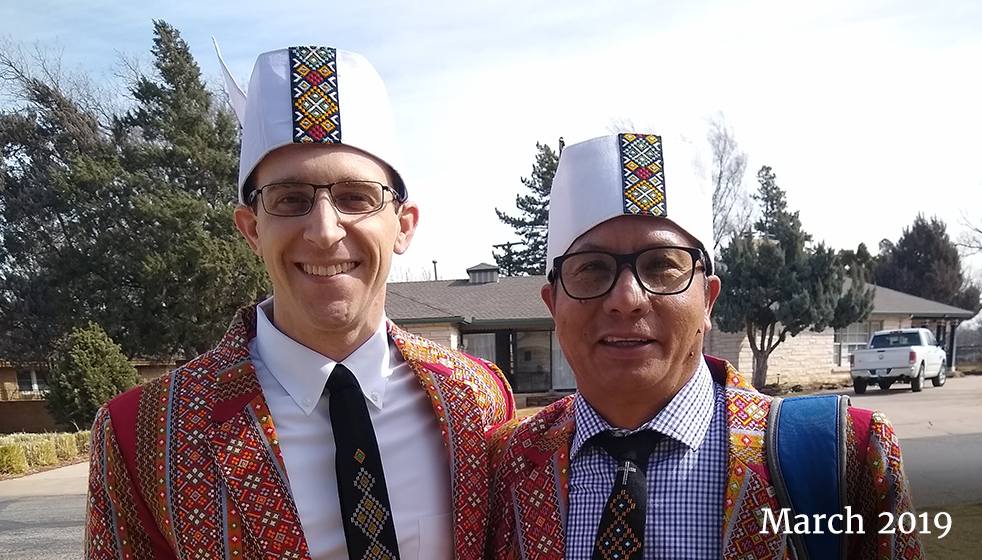 Imagine with me for a moment what it would be like to flee to another country. Let’s say that war breaks out in the USA, and you are forced to flee across the border into Canada, where large makeshift tents are being erected for you and thousands of other asylum seekers. There, you humbly seek refugee status through the United Nations High Commission for Refugees (UNHCR). After a few years, your number comes up and officers verify your background and legitimate claim to resettlement. They decide to send you to Thailand.

Over the coming months, you develop friendships with other English-speaking families in Bangkok. You find a job that provides, and you get your kids enrolled in school. You take Thai lesson for awhile, but you find that the strange new script is too much to bear. And frankly, you don’t need Thai to survive. Your job pays well enough and doesn’t need you to speak Thai. Your children really struggle to adapt to the new environment and language. Eventually though, because they are surrounded by Thai all day, their brains bend to the demands. Your children’s lives would have been in danger back home in the USA, but here in Bangkok, they are thriving! What a blessing!

After a year, you notice that your children are coming in from school each day still speaking Thai. They speak with cultural references you don’t get, and they watch Thai cartoons that make no sense to you. After awhile, you begin to feel like you are losing your children to Thailand. You try all sorts of things, like playing an English children’s podcast each evening at dinner, hoping they’ll grow comfortable with your own culture. But they’re bored by it. Their world is now Thai, and you are being left behind.

This is exactly the situation for thousands of refugees in our city. Their children begin to thrive in our American world, but in the process they lose what makes them “Chin” or “Somali” or “Congolese”. In many low-income apartments around our city, mothers and children are struggling to communicate with each other. Within less than one generation, the cultural, linguistic, and familial legacy is all but lost. These children are increasingly disengaging from the influence of their heritage languages in their hearts.

However, there are a few positive models of success. The Chin community (from Burma) is perhaps the best local example of heritage language & culture advocacy. During the summers, they organize school programs to teach their own language to their children. They even hold yearly “Chin National Day” celebrations, where the “Chin Nation” around the world celebrates their own heritage. My friend Pastor Biak invited me to attend as an honored guest this year. I spent most of the day watching fashion shows, listening to live music, praying, eating traditional foods, dancing on stage, and even watching a traditional Chin wrestling tournament. Not once did someone stop and interpret into English the proceedings. This was their day! These are people that know how to celebrate their culture!

What’s fascinating is that the Chin are adapting the strongest to our American cultural norms. Anecdotally, it seems that the healthier the heritage culture, the stronger the community, and therefore the better equipped they are to integrate in a healthy way in our communities. How can this model be supported, and even reduplicated among other cultural groups?

The Refugee Language Project is choosing to wrestle with these issues alongside refugee communities. Even as we offer valuable English programs such as Table Talk, we can’t help but recognize that whole communities would benefit from heritage language programs and materials. We are dreaming of how to partner with refugee communities in this way.