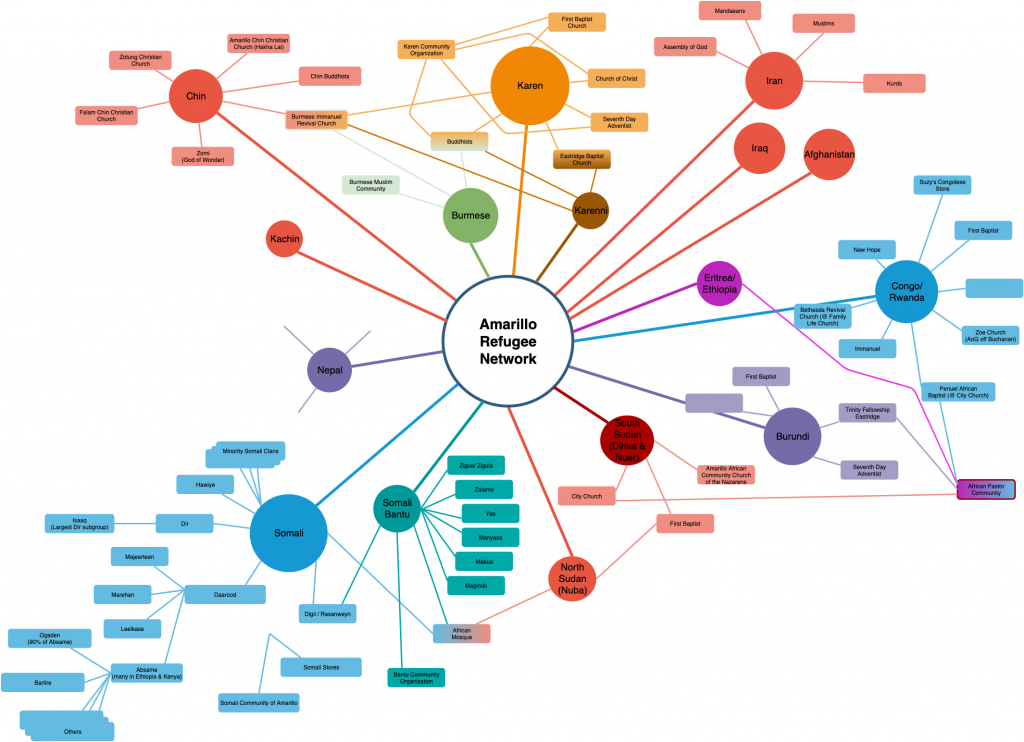 Two years ago I walked uninvited into the Somali mosque and met Dr. Salad. After numerous meetings, handshakes, shared meals, and favors, Salad has become a dear friend. Not only has he opened his life to me, he’s opened my eyes to his own community. He’s explained how various Somali groups are organized, which has allowed me to build trust with leaders who have a heart for their own groups. Dr. Salad has been a cultural insider who has prepared me to listen well. If I am a bridge between Somalians and Americans, then Salad is the pier that supports me. Without him, try as hard as I might, I can’t reach the other side.

It is important for you to understand a weakness of many non-profit organizations. We want so badly to help people that we get to work and forget to listen. We offer our services and products without asking whether those are the right things to provide. But how do we ask? And who do we ask? The answer lies in the diagram above. As we seek to amplify the quieted voices of the displaced, we must learn whose voices speak with authority. I can’t hear from 3,000 Somali people, but I can speak with 7 Somali leaders who represent them.

Zooming out though, you can see the complexity! As you gaze at the complicated web of ethnic groups, languages, organizations, and religious institutions, you can see why it is such a challenge to listen well. When someone says, “The Burmese people want X”, I want to ask, “Do you mean Chin Baptists? Or Kachin Catholics? Or maybe you’re speaking about the Karen Buddhists or Burmese Muslims?”