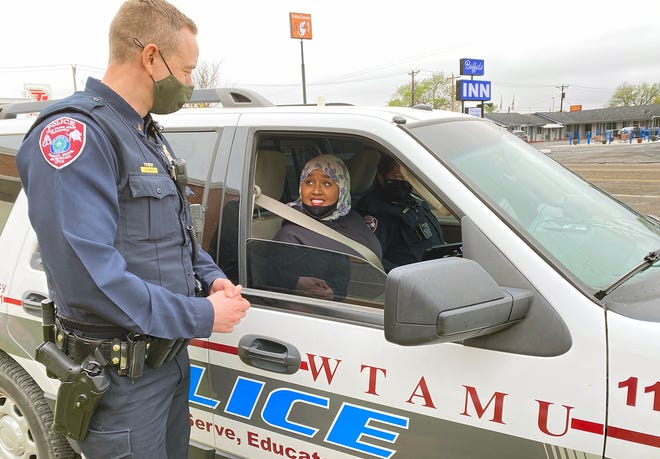 In 2017, Ryan tutored Dr. Salad’s three children. One primary focus of those early tutoring sessions was writing essays. During one practice essay, one of Salad’s daughters wrote about some of the injustices she remembers seeing back home in Somalia. Now, four years later, Ikram is considering a career in law enforcement.

In an article in the newspaper last month, Ikram talked about some of her experiences growing up as a Somali immigrant, and about a recent ride-along with local police officers. In particular, she recalled how police were not necessarily trustworthy back in Somalia: “Sometimes it was the cops themselves doing the bad things because they would get threatened by extremist groups.”

She also talked about the fear she feels as a Muslim woman: “I’m not going to lie. I’m a little bit scared because this job is what a lot of men do both in America and Somalia. You just don’t see any Muslim women… But I can’t let that stop me because I know what is happening in this world, and I know I want to be part of the change that happens in both America and Somalia.”

We are so proud of you Ikram! Click here to read the entire article.