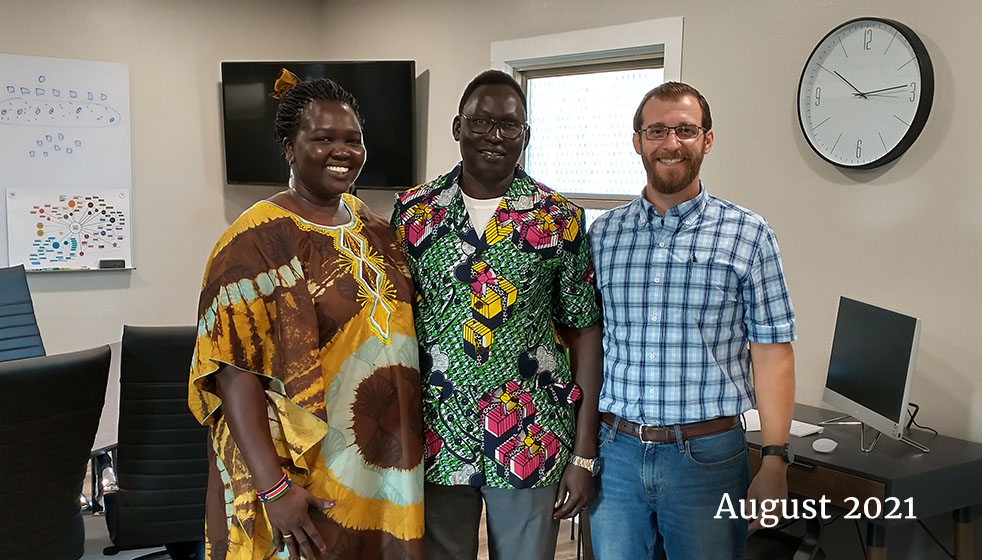 “God is so good to us. I have been writing down our histories in the Dinka language, but I didn’t know what to do with them. God has brought us the right people.”

This is what Lual told us when we asked him if we could help the South Sudanese community to record and translate some of their stories. He and his wife, Diana, were so excited!

You’ve heard us talking for years about the importance of the mother tongues of refugee communities. Can you imagine trying to learn to read in a second language if you weren’t able to read in your first? If you think that sounds nearly impossible, you’re right! Literacy in one’s mother tongue is a vital bridge to literacy in subsequent languages. With this idea in mind, we developed a vision for a mother tongue storybook project to allow us to record the stories of Amarillo’s refugees in their own languages and translate them into English.

But this approach accomplishes so much more than just helping us teach English! These books will facilitate a connection between generations who are separated by cultural and linguistic divides. Children will reconnect with their heritages by hearing their parents’ and grandparents’ stories. And as we hear these stories, it will build empathy and respect in our hearts for the immigrants who have moved into our city and nation. Story is a powerful weapon against apathy and hate! And story helps people to build their own voices stronger, taking back control of their own histories and futures.

For all of these reasons, we are honored to announce that we were recently awarded a $60,000 grant through the Amarillo Area Foundation to make this project happen! How exciting that we get to take on such a unique project right here in Amarillo! We envision that these storybooks will be useful not just here, but across the nation and even back in people’s home countries. This is a local project with global impact!

What’s even more exciting is that you have a chance to be involved beginning in just one month!