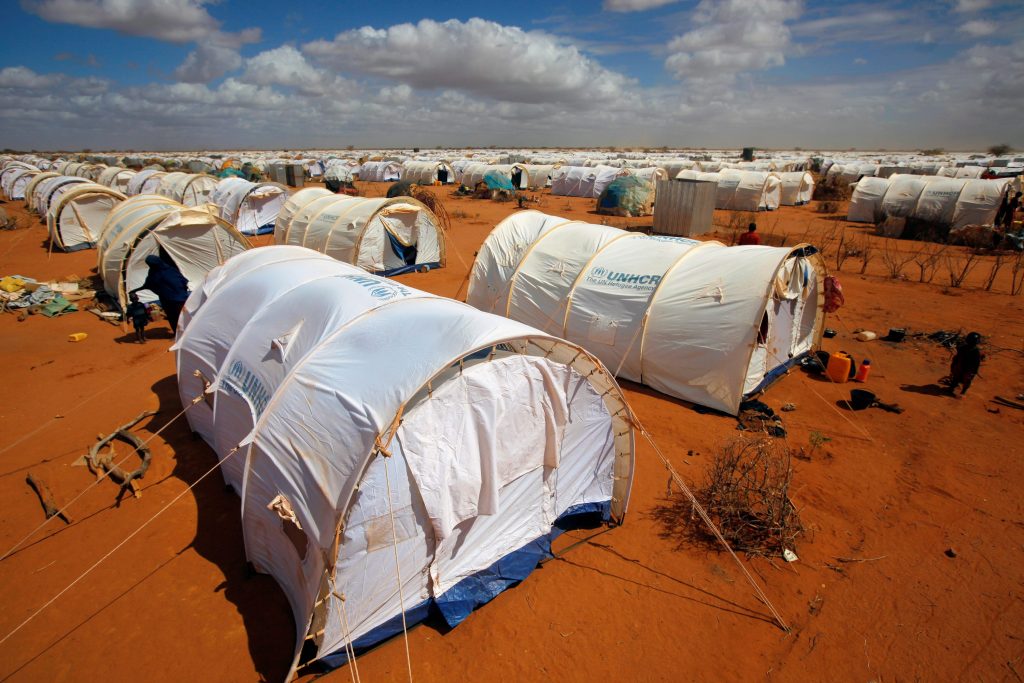 A decade ago, the name “refugee” was not a dinner table word. In fact, when refugee service workers would explain their job titles to the uninitiated, people would frequently require definitions: “What is a refugee?” was a common question. Since 2001, and especially since 2015, the word “refugee” has become a buzzword that stirs anger, compassion, fear, and activism. Few people in our society hear the word with indifference and apathy, whether they support or reject modern refugee resettlement practices. But what, exactly, is a refugee?

But what, exactly, is a refugee? What does this name mean?

A refugee is someone who has been forced to flee his or her country because of persecution, war, or violence. A refugee has a well-founded fear of persecution for reasons of race, religion, nationality, political opinion or membership in a particular social group. Most likely, they cannot return home or are afraid to do so. War, as well as ethnic, tribal and religious violence, are leading causes of refugees fleeing their countries.

A refugee is someone who has been forced to flee his or her country because of persecution, war, or violence.

But someone cannot just stand up and claim the name refugee. They must be registered with the United Nations High Commission for Refugees (UNHCR). You’ve probably seen their white tents in pictures of massive refugee camps. What usually takes place first is that a person is forced to flee their home.

When someone flees, but remains in his or her own country—not crossing an international border—they are considered an Internally Displaced Person (IDP). Unlike refugees, IDPs are not protected by international law or eligible to receive many types of aid. A huge majority of displaced people are IDPs.

When someone flees across an international border, they must seek official sanctuary by applying for asylum—the right to be recognized as a refugee and receive legal protection and material assistance. While waiting on the application process, they must demonstrate that their fear of persecution in their home country is well founded. These people are called asylum seekers, people whose claims as refugees have not been definitively proven.

These people are called asylum seekers, people whose claims as refugees have not been definitively proven.

All of these people—refugees, IDPs, and Asylum Seekers—are grouped together by the term Forcibly Displaced People. The key is that such people are forced to flee by circumstances outside of their control. This contrasts with migrants, who voluntarily move for any reason. If a migrant chooses to establish permanent residence in another country, then they are considered an immigrant.

I also want to quickly define two other terms you may hear in the news:

A Special Immigrant Visa (SIV) is given to Iraqis and Afghans who were employed by Americans (often by military forces). They are resettled legally in the U.S. to protect them from harm. A number of SIV-holders call Amarillo home.

An Unaccompanied Minor is any immigrant or refugee who is under 18 and not in the care of a parent or legal guardian at the time of entry.

The primary reason the name refugee has garnered so much attention is that the world has found itself in a refugee crises unlike any other in recorded history. Just compare 2001 with 2017. In 2001, there were 19.8 million forcibly displaced people worldwide. In 2017, that number ballooned to 65.6 million. This is why the UNHCR’s budget has grown in that time from $900 million to $7.7 billion. To put it in perspective, around 1 in 113 people are displaced worldwide. Wow. And over half of them are children.

…around 1 in 113 people are displaced worldwide

This process—from flight, to asylum-seeker, to refugee, to resettlement—takes a very, very long time. Many faulty statistics are thrown about to depict what is called protracted displacement. Most commonly, it is claimed that the average length of displacement is 17 years. This isn’t exactly true or verifiable, but it paints the bleak picture. We can be more precise by saying that two-thirds of all refugees around the world have been displaced for over three years, and that 50% have been displaced for over ten years. 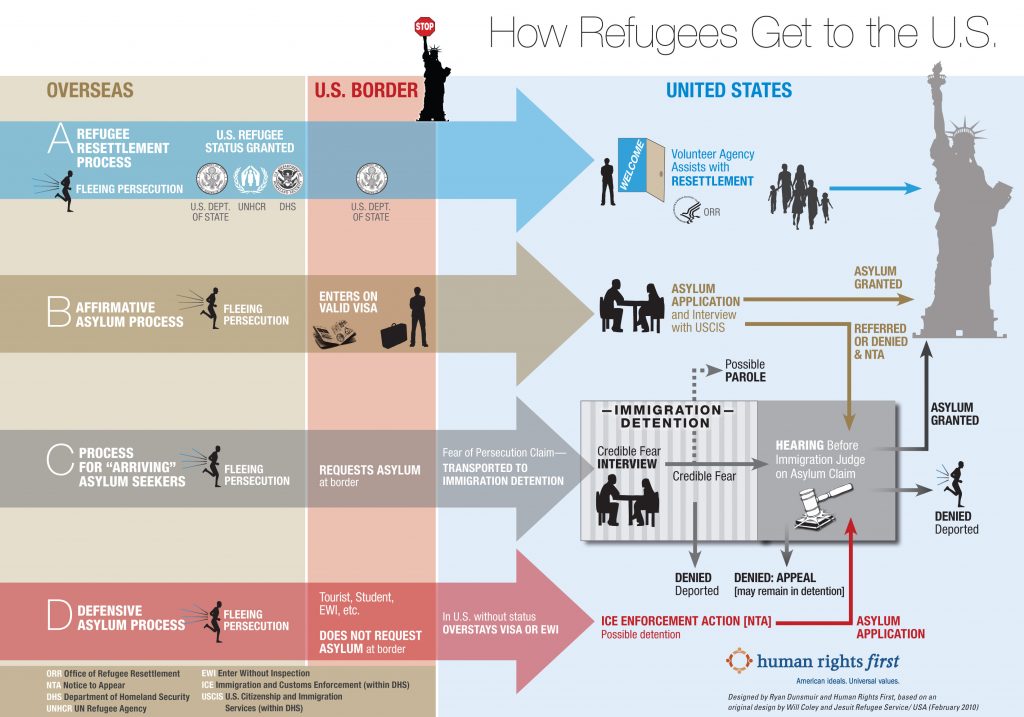 Details about the refugee journey

So when a refugee arrives in Amarillo, Texas, they think they are finishing the race. For many, all of their children were born in refugee camps. They are finally in America—land of the free, with ample opportunity for all. What they find is that their cultural and educational differences usually set the stage for decades of trial, often including lifelong poverty.

What they find is that their cultural and educational differences usually set the stage for decades of trial, often including lifelong poverty.

Learning English is the first, and most important, step that refugees make toward healthy engagement in our society. Join our e-newsletter list to get updates on how we are trying to make a dent in this area.

In the next article, I’ll discuss the process a refugee undergoes once they arrive here in Amarillo—including how refugees become former refugees and citizens. I’ll also discuss how many refugees are arriving in Amarillo currently, and from which countries. Over time, many refugees come to dislike this name and the baggage that accompanies it. They wear the name Former Refugee, or Citizen, with pride.