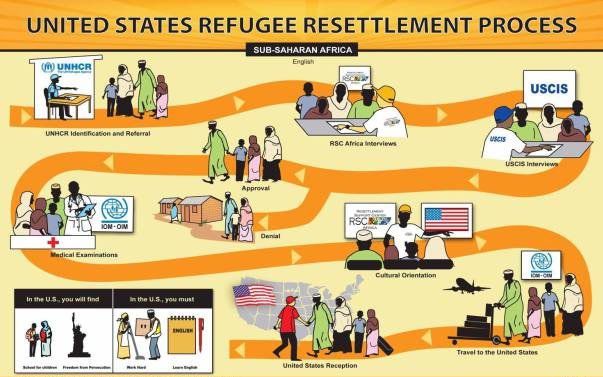 The refugee journey is long and winding. In the previous post, it was mentioned that 50% of refugees have been displaced from their homes for over 10 years. Refugee camps and urban centers around the world are overflowing with people who were displaced decades before. They’ve birthed their children in those tents. Then, after 3 or 10 or even 17 years, a refugee family is suddenly approved for resettlement. The family is filled with hope about the brighter future, but what exactly is on the horizon?

Before focusing on the journey a refugee takes once they’ve arrived on our shores, let’s consider the alternatives. Three “durable solutions” are available for displaced people around the world.

If you pay much attention to the dramatic news headlines, you might assume that a majority of displaced people are resettled. You’d be wrong. In 2016 only 0.8% of refugees were resettled in another host country.

This means that 97% of the worldwide displaced population had no solution in 2016.

After years of paperwork, interviews, background checks, security checks, and medical checks, a precious few are awarded the chance of resettlement. Sitting in a crowded refugee camp—or, more likely, in an urban sprawl—this must feel like a golden ticket. It must feel like winning the lottery. Each year the UNHCR offers recommendations for prioritizing certain populations, and POTUS signs a declaration that determines the exact number to be admitted into the USA. The USA is one of 30 resettlement countries in the world.

…a precious few are awarded the chance of resettlement. Sitting in a crowded refugee camp—or, more likely, in an urban sprawl—this must feel like a golden ticket. It must feel like winning the lottery.

Every case that is taken by the US is then processed and vetted again by one of 9 national resettlement agencies. These agencies operate like government subcontractors. Three of the agencies send refugees to Amarillo: Church World Service, Lutheran Immigration & Refugee Service, and the U.S. Conference of Catholic Bishops. They accept refugees through 2 local affiliates: Refugee Services of Texas and Catholic Charities of the Texas Panhandle. The full list of 9 resettlement agencies are listed on the bottom left of the following picture. 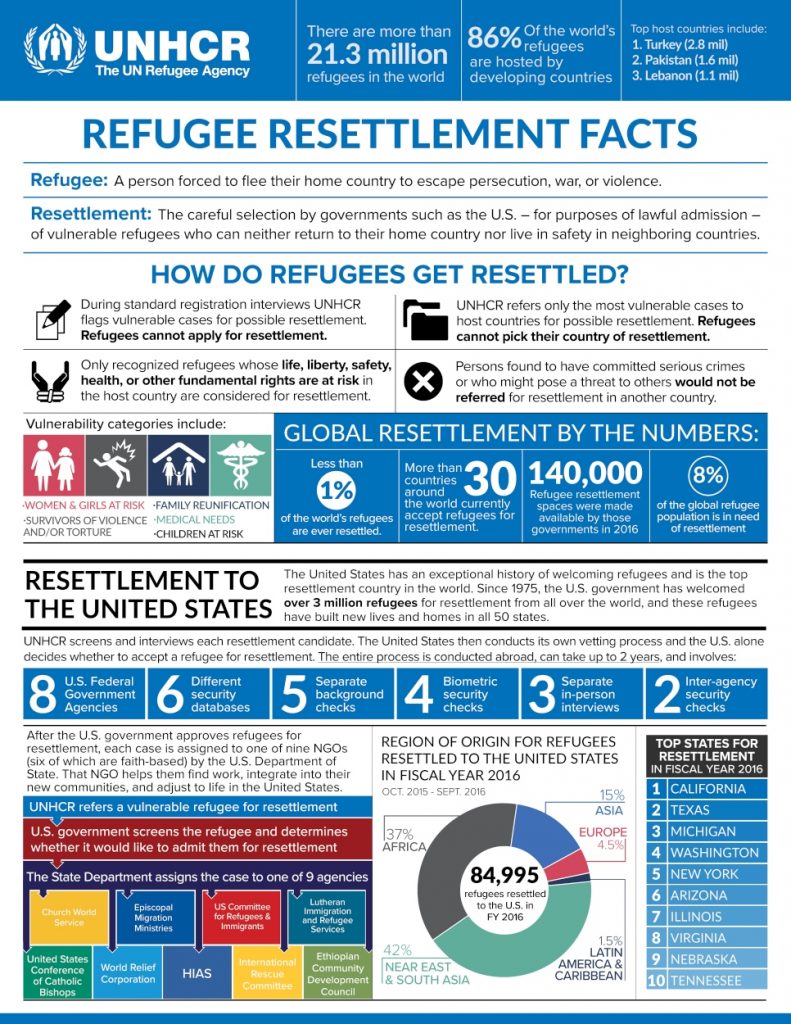 Next time, we’ll discuss a little more about what is expected of refugees once they arrive in Amarillo.